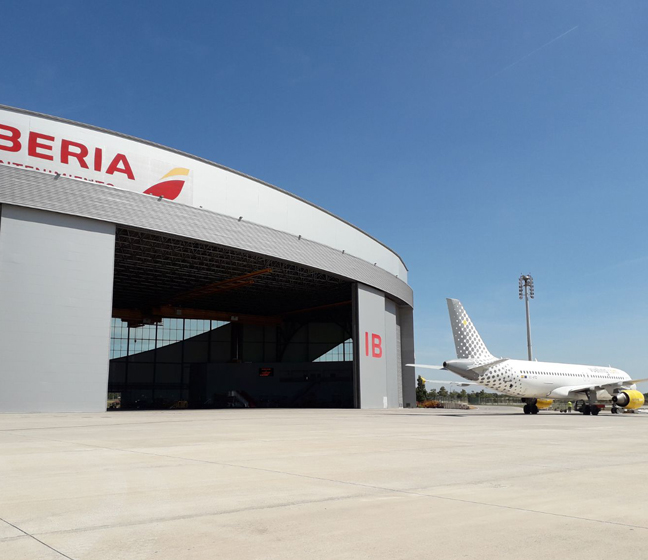 Iberia Maintenance and Vueling have reached a long-term agreement for the maintenance and repair of airframes, engines, and parts, chiefly at the airline’s Barcelona base

The deal tightens the relationship between Iberia and its IAG partner Vueling, which was named Europe’s best low-cost carrier in 2021, and is in conformity with both companies’ commitments to fortify aircraft maintenance activity at Barcelona’s El Prat airport, as announced in June:

Iberia Maintenance Manager Andy Best says the new contract with Vueling “is a major milestone in our business and a further improvement to our already solid relationship with our partner airline. Apart from strengthening maintenance activity in El Prat, the deal indicates confidence in our work on engines and parts. We feel both pride and a sense of 2 / 2 responsibility on becoming a leading MRO provider to fellow IAG airlines like Vueling, which chose us because of our high standards of quality and efficiency.”

Major overhauls and aircraft handovers in the Barcelona hangar

The agreement is in keeping with Iberia Maintenance’s strategy of building up its Barcelona business, and covers C-checks and 6-year-checks of Vueling’s fleet of A320ceo’s and A320neo’s.

Vueling will also use Iberia Maintenance as preferential partner for pre-handover checks of aircraft sold, leased, or returned.

Iberia’s maintenance hangar at Barcelona’s El Prat airport is staffed by 300 engineers and technicians with a total capacity to supply more than 300,000 person-hours of service per year.